What Does Ambient Music Mean?

Ambient music is a genre of music that was formally defined in the 1970s but has its roots dating back to the late 19th century. The term is used to describe recorded atmospheric music is which intended to blend with the noises of the listener’s physical environment to create a calming, background sound to ease the mind and promote relaxation.

Ambient music traces its roots to the “furniture music” (Musique d’ameublement) of the French impressionist composer Erik Satie. Satie’s goal was to create a style of music that could be played during a dinner to create a background atmosphere for that activity, rather than serving as the focus of attention. Satie sought to create “a music…which will be part of the noises of the environment, will take them into consideration. I think of it as melodious, softening the noises of the knives and forks at dinner, not dominating them, not imposing itself. It would fill up those heavy silences that sometimes fall between friends dining together. It would spare them the trouble of paying attention to their own banal remarks. And at the same time, it would neutralize the street noises which so indiscreetly enter into the play of conversation. To make such music would be to respond to a need.”

Process music involved the use of tape loops and other technology to create a sound collage. Process music is composed by taking a musical phrase or sound recording and altering it gradually through tape loops, record players, filters, or some other deliberate means for altering the sound.

Minimalism on the other hand was characterized by feature repetition of phrases or small, indivisible melodic fragments (or “cells”), coupled with long development.

Reich’s music, in particular, with its focus on the interaction between layers of repeating elements that would phase in and out as a result of varying tape length, was, highly influential in the development of electronic ambient music.

The modern conception of ambient music came to be in 1978 when Brian Eno released his album Ambient 1: Music for Airports. With this album, Eno essentially coined the name of the genre we now use and in the process defined a completely new style of music.

Building on the intentions of Satie, incorporating the synthesizer-base soundscapes of early electronic music and musique-concrète pioneers like Karlheinz Stockhausen, and making use of the repetitive elements of minimalists music popularized by Steve Reich and Philip Glass, Eno’s music focused on tone and atmosphere over traditional musical structure or rhythm.

The music was gentle, soothing, warm, spacey, and encompassing. Making use of instrumental passages that slowly unfolded, Eno created a type of music that you could work too or alternately get lost in. For Eno, “ambient music must be able to accommodate many levels of listening attention without enforcing one in particular; it must be as ignorable as it is interesting.”

Other common ambient genres and closely related music movements include ambient house, ambient techno, ambient dub, dark ambient, and new age. Ambient house and ambient techno were similar to the original Ambient Music in their use of synthesizers, downtempo beats, repetition, and spatial sound effects but tended towards being more beat-driven than other forms of Ambient Music. Ambient dub took this trend further.

Dark ambient however is quite different. It can be very sinister rather than peaceful or soothing and focuses on moodiness and a sense of existential dread over the beauty of Eno’s ambient soundscapes.

New age also broke off from ambient music in its use of spiritual themes as well as new-age elements such as harps, flutes, and other acoustic instruments that are often played more melodically than in traditional ambient music.

Ambient music is usually based on synthesizer-generated textures or sparse arrangements of acoustic instruments such as guitars, pianos, flutes, or drums.

As a genre of music intended to create a mood or environment, it often places more emphasis on textural or timbral qualities of the sound used as opposed to the melody or beat. To that end, it often makes use of extended harmonies to create large pads of sounds that envelope and elegantly obscure the source’s material with the goal of producing a texturally pleasing sound bath.

This sound bath is often created using many layers of sound, with a healthy dose of reverb applied to recreate the sensation of being in a natural space such as an open field. The melodies that are present are often played on acoustic instruments, though synthesizers are almost always used to support these more natural instruments with electronic accompaniment.

As an intended complement to the physical environment, ambient music often incorporates many natural and man-made sounds, such as water, animals, urban noises, and people talking. These sounds may be recorded, “found,” or sampled; but are incorporated to help create an environment where one does not exist or bridge the gap between the recorded and the physical.

So What Does Ambient Music Mean?

Ambient music is many things to many people. At its core, it is about creating music that transcends the recording medium to invoke a mood and atmosphere. But at the same time, it is also not meant to fully transport the listener out of their own physical environment. In that sense, ambient music can be an accompaniment to the lived life. Neither subservient nor dominating, it is a utilitarian form of music that can lead or follow you through any task. Use it for studying, working, meditating, or dinner. The choice is yours, and all choices equally exist. 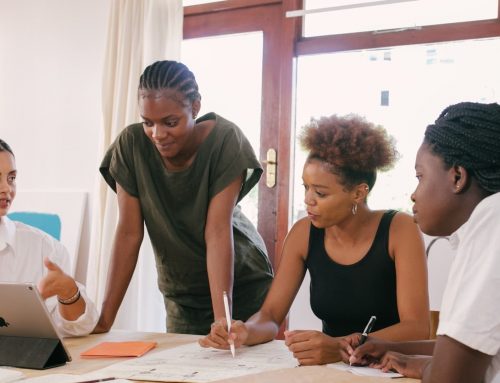 What Is Business Anthropology? 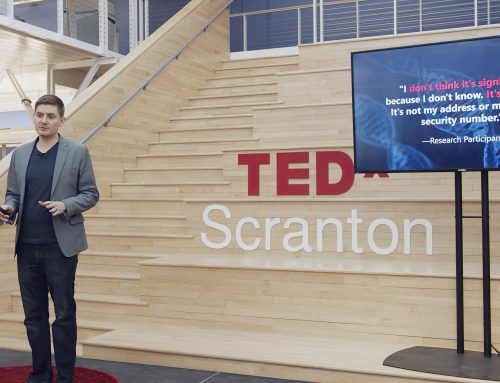